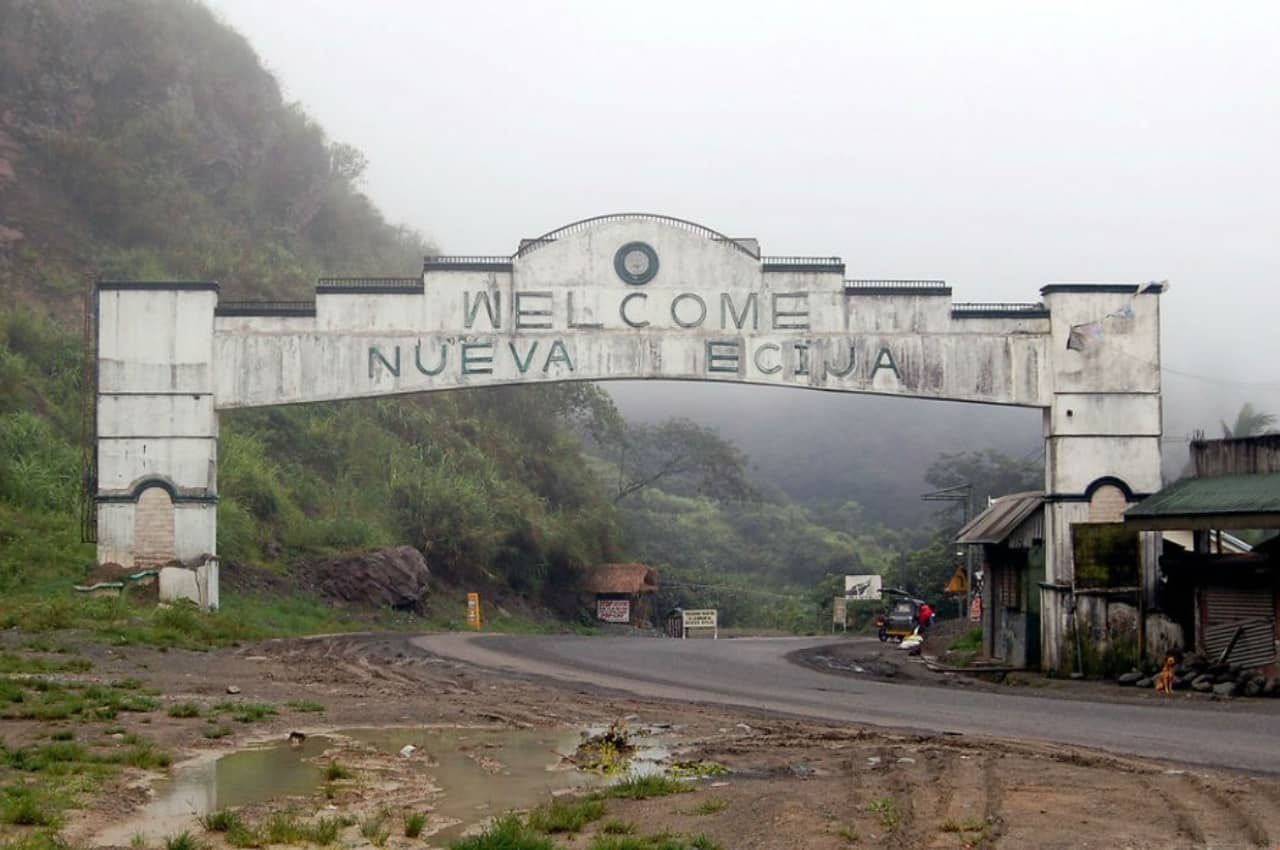 The Cagayan Valley a scenic country, full of natural resources and fertile farmland, forests and pastures. In Luzon and has a different development potential in the northeastern part of the 26,858-square-kilometer space. Home to the mighty Cagayan River and the longest river in the country.

Archaeology shows, Cagayan Valley has a history of 500,000 years of living, but no ancient human remains have yet appeared. The first inhabitants were Agta, or Atta, a food collector who traveled in the forest without a fixed house. A large piece of land has returned to them. Most of the population comes from Malays. In the centuries before the Spaniards, residents traded with Indians, Malays, Chinese, and Japanese. In the 19th century, the prosper of tobacco farming made many Ilocano settle here.

Tobacco continues to be an important influence in the economy of Cagayan. A special economic zone, a free port has established to strengthen and gain a diversity of the provincial economy. According to research, the most important event in the history of the Cagayan Valley occurred in 1572. When the Spanish conquistador Don Juan de Salcedo traced the northern coast and the river Pamplona. Before their visit, the first Cagayanos happy with their civilization.

The Cagayan Valley the largest surface section of ​​the Earth in the Philippines. It comprises five provinces: Batanes, Cagayan, Isabela, Nueva Vizcaya, and Quirino. Most land in a large valley in the northeast of Luzon. Between the mountains and the mountains of the Madre Mountains. The country’s longest Cagayan River passes through its center. Flows to the Luzón Strait in the north, in the city of Aparri in Cagayan. The Babuyan and Batanes Islands in the Luzon Strait belong to the region.

Here are the cities in the Cagayan Valley (Region 2):

The main city of the country, Ibanag

The city of Tuguegarao is the main entrance to the province of Cagayan. It has a total space of ​​144.80 square kilometers and at the southernmost tip of the province. Established 483 km north of Manila, 65 minutes by plane, and 10 hours by land. Passing through the Philippines-Japan Friendship Highway known as the Maharlika Highway, the main road of the highway.

The territory parallel to the Cagayan River. The city of Tuguegarao bounded by Iguig in Cagayan, north; Peñablanca, east of Cagayan; south of Isabela; along the southwest and west of the Cagayan. Other parts of the river, the cities of Enrile and Solana are in the southwest and west of Tuguegarao. Takes the St. Peter’s Tower as a reference point. The city’s geographical coordinates are 121,043’46 “longitude and 17,036’54” latitude. The northern smoothing coordinates are 20,011.95 and the eastern is 20,106.67.

The main agricultural products are rice, root crops, vegetables, poultry, and pigs. Many fishponds within the city and the Cagayan River provide fish supplies for residents. Similar to other small cities in the Philippines, these industries include furniture and car stores. Hollow block manufacturing, bakeries, rice mills, food manufacturing, and processing.

The original residents lived with ambiguity and little information saying that several families lived there. Three first locals were Enrique Baligod, Sebastian Principal, and El Salvador Macaballug. Enrique Baligod is the leader of the first group of settlers. Sebastian Chancellor, who served as the “Gobernadorcillo succeeded him” for two terms.

In 1866, a monk named Father Paulino became the pastor of the town. He “removed” or the chapel, preached the Word of God, and baptized people. He established a similar government by designating Fructuoso Gannaban as a board member. Detached along with the Cagayan River settlements, Turayong, Labinab, Duminit, Baringin, and Culalabat. Which they consider being the first quarter of Kawayan. Father Miguel Bonnet replaced.

Paulino went to Manila. He proved to be a good missionary to God and the leader. Under his leadership, they built a large adobe and stone. As the years passed, the city became known as the tobacco industry. Attracting others to work for in the vast farmland snuff in Ilocos and Pangasinan. The estate of St. Louis de la Tabacalera.

It locates the city of Cauayan 375 km northeast of Manila; 34.5 km. South of Isabella capital Islam; 48 kilometers. North of the city of Santiago; 117 km. From the city of Tuguegarao in Cagayan.

Gaddang the native language spoken by most of the original settlers, in urban forests, somewhere in the east and west. It uses the Ilocano dialect in the population zone, including Tagalog, Ybanag, and English. English and Tagalog are the languages ​​used in schools and commercial offices.

As of 2010, it listed Cauayan as a top city. It has 29 banks, 21 credit institutions, 44 insurance institutions, 89 real estate companies, and 35 pawn shops. There are over 4,442 commercial establishments, including distributors, wholesalers, and retailers. Cosmos Bottling Corporation, now gained by the large multinational conglomerate San Miguel Corporation. Produces soft drinks in the region, while Mega Asia Bottling Corp. is to open its new plant. Give a larger niche market for the RC Cola brand. The site regional sales offices for several multinational companies.

Before Spanish, Ilagan was an organized city. The settlers used to call this place “Bolo”. One of the most populous settlements of the period and plant of the vast tobacco plantations in the region. It makes one of the most important economic zones in the northern part of Luzon.

On May 4, 1686, Ilagan founded, and the missionaries turned the locals into Christianity. Ilagan became the capital of the Cagayan Valley.

The city’s total land capacity is 1,166.26 square kilometers (450.30 square miles). The land space inhabited in 2011 was 152,496 square kilometers. Attributed rapid growth of the Ilagan population to the current economic activity, in commercial, industrial sectors, agriculture, and housing. Ilagan belongs to 147 emerging cities in the Philippines with a population of over 100,000.

Most industry in the city is agriculture. In the past decade, there have been many birds and pig breeding investments in the locality. Ilgangan has 7 poultry growers and 33 small and medium pig breeders. New care materials, warehouses, and light grain mills at various Ilagan Barangay to satisfy producers’ storage needs during the harvest period.

The Temple of Aguinaldo – The Philippine Revolution was written on March 23, 1940. The US Army, led by General Frederick Forston, occupied General Emilio Aguinaldo in the region.

Samal Camp: 1977 is the historical site of the Samal camp of the National Camp. Covering a space of ​​23.50 hectares and 500 feet above sea level. It occupies the mighty Cagayan River, Delu Albano, Tumauini and the Sierra Mountains.

Magat Dam: The first multi-purpose dam in Southeast Asia. Established on the largest tributary of the Cagayan River, the limit of Ifugao and Isabella. The nearby destination is the Vizcarra camp.

San Diego was the province of Cagayan (covering the entire Cagayan Valley). They reorganized into the 1583 administrative district and part of the capital of New Segovia. It names him after his guardian saint apostle James. On May 1, 1856, when Isabella engraved by the Royal Decree, ceded Santiago to one person of the new province. The original 5 blocks after the 1927 cadastral survey were Batal, Nabbuan, Patul, Dubinan, and Buenavista.

Three Sari-Sari stores in the Philippines have most of the goods. Other supplies got by settlers in Santiago in 1917 by Chinese merchants in Echague. The products disembarked for cities such as Santiago, as they are next to the Cagayan River.

Santiago continues to move forward until it becomes an independent city.

Total space of ​​San Diego is 275.00 square kilometers (106.18 square miles). The city’s total land space in the city’s northwest, and t. The eastern and western regions are flat or 80% horizontal. Adjacent areas have areas of slight rolling and moderate rolling, and remaining areas make up very undulating and undulating terrain. The hills of Balintocatoc are the highest point in the city. As of 2010, the registered population was 132,804.

The largest companies in the city include ABS-CBN, Vista Land-Camella Isabela. GMA7, San Miguel Corp., Digitel and PLDT, Pepsi Cola, Purefoods. The National Food Administration maintains its presence in the city, competing with local businessmen as a strategy to stabilize prices. Different car companies such as General Motors, Mitsubishi, Isuzu, Toyota, Nissan, Hyundai. Other auto companies, Honda and Yamaha, and cars stay in the city’s presence. Auto companies, Ford Mazda and Kia Motors will soon open branches in the city.

San Diego has the largest and most well-equipped hospitals in the region.

But, agriculture remains the main source of subsistence. The main crops are rice, corn, and high-value fruits and vegetables. You can find impressive grain stations and buy crops from parts of Ifugao, Kalinga, Quirino, Nueva Vizcaya, and Isabela. These crops later shipped to Bulacan, Pangasinan, Nueva Ecija, or Batangas. Besides this city’s new product is muscovado sugar. The city’s goal is not only to sell the product but export it to. Rice mills exist.