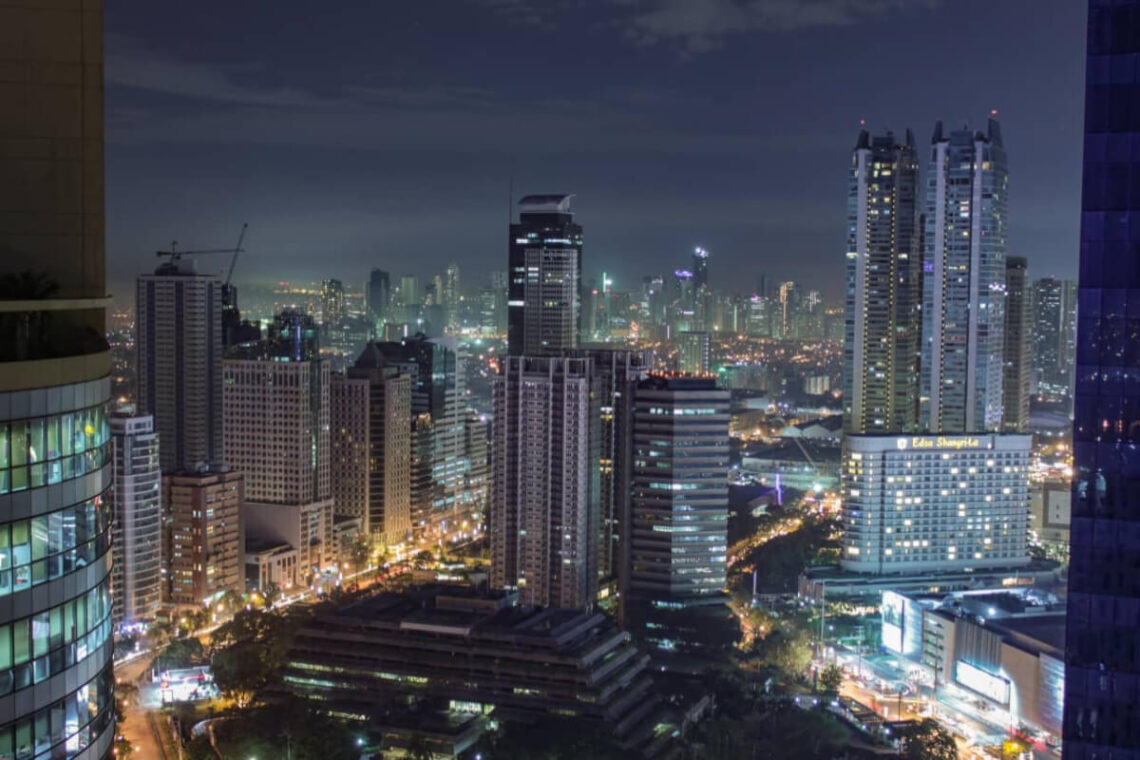 Metro Manila is home to the country’s most dynamic city. Big cities extend business centers, business districts, and larger residential areas. As well as the cultural, economic, government, and educational centers of the Philippines. It has a population of more than 12 million people, staff and students during the day, and daily visitors. As the home of the main airport, Metro Manila is also the country’s gateway to the rest of the world.

Manila is the capital of the country and here you can find some of the most important landmarks in the country. Malacanang Palace is the house of the President of the Philippines. The walls of Intramuros, the ruins of Manila’s oldest district. Built-in the 16th century, the fortress has suffered many attacks throughout its history. Manila Cathedral located within its walls and is the seat of the bishop of the Archbishop of Manila. It founded in 1571 and has visited by three popes since its establishment.

The buying opportunities in Metro Manila are endless. The largest shopping malls in the Philippines. SM North EDSA, SM Asia Shopping Centre in Quezon City and Pasay. The global city of Bonifacio in Taguig is a financial and commercial area. With high-end boutiques, designer boutiques, and restaurants and coffee shops.

Metro Manila is also a paradise for high rollers. It has some luxury and world-class casinos in the country. Such as Resorts World Manila, Solaire Casino Resort and New City Manila.

How to Get to Manila

Whether you come to Metro Manila from abroad or any town on the country’s 7,107 islands. Air transport is the most convenient and practical way to reach the megacity of East Asia.

The Metro Manila also has the country’s main boarding gate, Manila Port in the north of Metro Manila. By accommodating northern and southern ports. The port of Manila serves national maritime navigation. Although international cruise ships from China and Japan dock. There are few international sea travel services provided through the port.

There are also bus services from almost anywhere in the country to Manila, which is not difficult to find. Whether you go to the north or south of the Philippines. More than a hundred bus companies give with safe, efficient services to your travel. Most of the Metro Manila Bus Terminals located in Cubao in Quezon City, Sampaloc, and Pasay in Manila.

Metro Manila offers many modes of transport to take you from one place to another. The most representative of them is the public service jeep, or “Jeep” for short. As of January 2016, the fare for the first 4 kilometers of the Jeep was PHP 7.00.

By bus and train

City buses are also available, making them the first choice for long-distance travel. Trains such as Philippine National Rail (PNR), Light Rail Transit (LRT) Lines 1 and 2. The Metro Trains (MRT) can take you to various locations in the North, East, West and South parts of the subway.

The most convenient option for taking a taxi is to reduce the list price from 30.00 PHP to a taxi.

Shared travel services like Grab and Uber are also available on the subway. Which makes taxi services cost you money.

Metro Manila is a hodgepodge of Philippine culture. It is a bustling city with a mix of old and new.

The heart of Metro Manila is the city of Manila, the country’s capital. Home to many historic landmarks that brought it back to the colonial period. Intramuros is a walled fortress covering 67 hectares. Built-in 1571, it was the seat of the Philippine government during the Spanish period. Today, Manila’s oldest and oldest district has several higher education institutions. The San Juan De Letran College, Mapua Institute of Technology. The public-funded Pamantasang Lungsud ng Maynila.

St. Augustine’s Church, a UNESCO World Heritage Site. Presents impressive Spanish Baroque architecture, and its old-world is brilliant. The church functions as a museum, displaying valuable objects. Reminding the church’s 500 years of history. The first Spanish Governor of the Philippines. Miguel Lópezde Legazpi was also buried in the church.

Few steps away from St. Augustine’s Church. The seat of power by the Roman Catholic Archdiocese of Manila. The Cathedral of the Immaculate Conception, also known as Manila Cathedral. Built-in the 19th century. Sacred hall Manila Cathedral once home to important Catholic landmarks in the country.

Even so, in Manila and Intramuros, Fort Santiago is another destination not to miss. He served as the military headquarters of the Spanish government. , It served as a detention facility for Dr. José Rizal before the execution in 1896 a Filipino national hero. Another feature of Fort Santiago a series of bronze steps, marking the last step taken by Dr. Rizal. Go to his execution in Bagumbayan (now known as Rizal Park).

The cultural heritage of the Philippines. Preserve and exhibited at the Philippine National Museum in Manila. Spoliarium is a disturbing masterpiece by the famous painter Juan Luna. The museum’s most striking attraction, and a must-visit for almost all travelers.

To the south of Intramuros and Luneta in Manila is Baywalk. Which is part of a pedestrian path along Roxas Boulevard overlooking Manila Bay? The section starts at the Embassy of the United States of America and two kilometers long. Passing by the Manila Yacht Club and the Cultural Center of the Philippines. Baywalk the perfect place to watch the golden sunset in Manila and a great place to walk or jog. in the morning. Other attractions in Manila include Manila Ocean Park and Pambata Museum. Which kids will love and will bring in.

The Philippine Cultural Center is a 62-hour enclave in Pasay City. It protects, promotes, and cultivates the country’s art and culture. Many plays, concerts, festivals, and exhibitions retained in its large facilities. These include Tanghalang Pambansa, Tanghalang Francisco Balagtas, and the Philippine International Convention Center. The Coconut Palace in the CCP building and once the office of the Philippine Vice President. The pioneer city of the Philippine amusement park, Star City. Another major attraction in the area, perfect for adrenaline lovers and children.

A few minutes away from the SM MOA building, it is a city of entertainment known as the “Las Vegas” of Asia. Home to several luxury hotels and world-class casinos. These include Manila’s New World, Solaire Resort & Casino. The promising World Bay Resort, West City and Manila Bay Resort.

Resorts World Manila (RWM) the country’s first comprehensive tourist destination. Includes casinos, hotels, shopping centers, cinemas and performing arts theaters. It complements many attractions in the Pasay City area. RWM is also located in Terminal 3 of NAIA, which makes it easy for all foreign and local tourists to reach.

To better appreciate the artwork, it recommended visiting the Ayala Museum in Makati City. Where contemporary Filipino artwork displayed alongside other important and valuable artworks.

A jeep ride north of Manila’s Intramuros and Rizal Parks. Takes you to Chinatown in Manila the oldest in the world. Binondo has many shops and stalls offering affordable products. Such as clothing, trinkets, jewelry, amulets, and food. Binondo has the Divisoria market. Which synonymous with cheap goods and economic benefits. 168 Shopping Center is one of Divisoria’s most popular attractions. With hundreds of stalls offering high-end products. From food, clothing, bags, and accessories to household appliances.

Pasay City is home to SM Mall of Asia. Which holds the fourth largest mall in the Philippines, ranking 11th in the world. With more than 600 stores, including more than 200 restaurants. Other shopping centers not to miss in the Metro Manila area in Makati City. The Greenbelt Shopping Center, Glorietta, Circuit Makati’s Ayala Shopping Center. Circuit and Rockwell Center’s Power Plant Shopping Center.

There are countless banks, ATMs and clearing houses throughout Metro Manila. So withdrawals or loose change will not be a problem.

When it comes to dining, Metro Manila has never offered any choice. Whether you want Filipino, Asian, European or American cuisine. There may be a fast-food restaurant, a restaurant or a hole in the wall waiting to discover.

Jollibee is the country’s iconic fast-food chain, spreading almost everywhere in the metropolis. Foreign fast-food chains like McDonald’s, KFC, Burger King, and Wendy are also popular. Little Tokyo in Makati offers quality Japanese cuisine. Although restaurants like Yabu and Saboten are not far behind in flavor.

Hole in the wall

Restaurants and small holes on the walls in Quezon City’s Maginhawa. Offer a variety of options that will make your upper jaws itchy and not burn holes in your pockets. The same goes for the food found in Kapitolyo in Pasig and Aguirre Avenue in Parañaque.

People love to caffeine will enjoy as Starbucks has over 164 branches in the Philippines. most of which located in Metro Manila. Coffee beans and tea and Seattle’s “Best Coffee” also have many branches in Metro Manila. The third wave of coffee also surprised Manila. Yardstick Coffee, Toby’s Estate, Restock Coffee, and Magnum Opus. All provide delicious cups to cheer your journey in this city.

This city is the most active nightlife in the Philippines. Many bars and clubs on Timog Avenue in Quezon City. Bonifacio Global City in Taguig, Malate and some commercial areas in Makati. 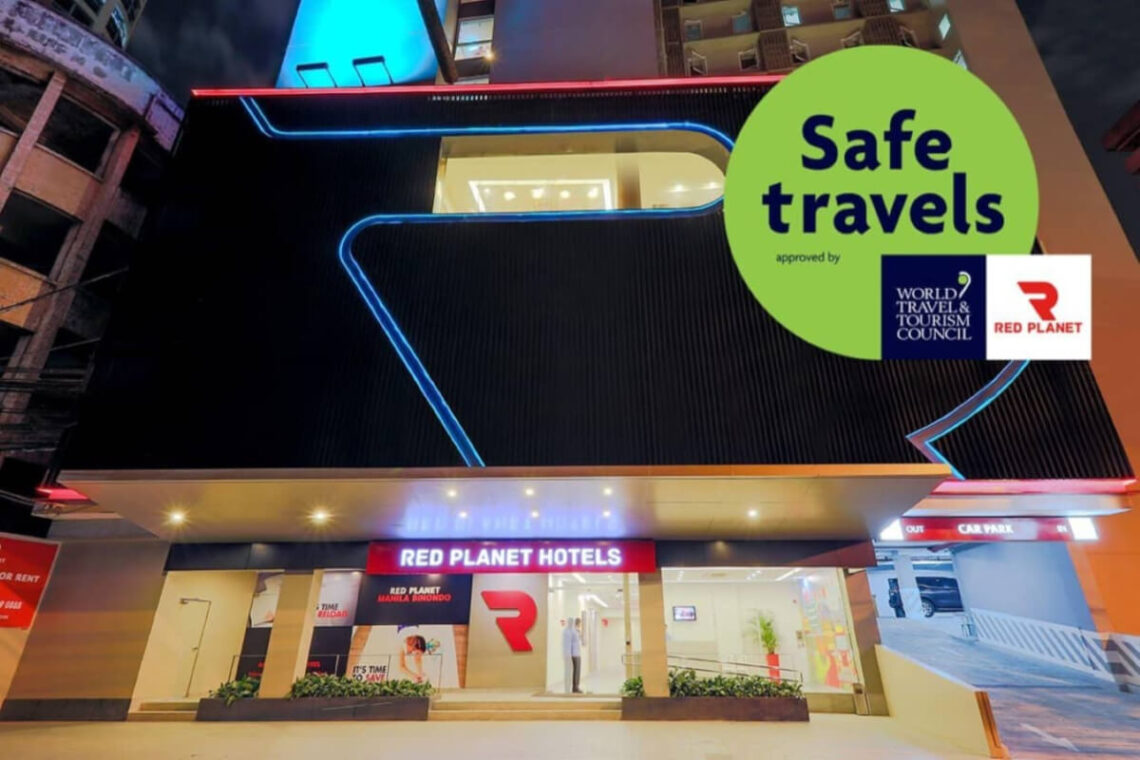 Visit Binondo: Most Popular Town In Manila City, The Philippines